Henny voted for 6 images [View All]

2 months ago
Henny voted for 10 images [View All]

2 months ago
Henny added 2 items to sitting in the car, 2 list

2 months ago
Henny added 1 item to sitting in the car, 2 list

2 months ago
Henny voted for 88 images [View All]

2 months ago
Henny voted for 6 images [View All]

2 months ago
Henny voted for 4 images

2 months ago
Henny added 2 items to sitting in the car, 2 list

2 months ago
Henny voted for 75 images [View All]

2 months, 1 week ago
Henny added 1 item to straight to the kisses list 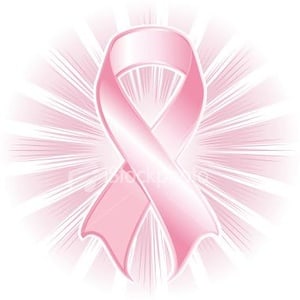 Some of you know my history. I lost my wife at an early age to ovarian cancer and was left to raise my children with the help of my brother and sisters. A few years ago, my older sister was diagnosed with breast cancer and it was my turn to pay her back. Now, hopefully, in a few weeks, her next round of tests and bloodwork will come back and we'll be able to finally, OFFICIALLY, say she's in remission!! Tomorrow is Mother's Day, which has become a day to support breast cancer research for a final cure. Please support this cause by donating to your local breast cancer organization! In the meantime, enjoy a few new examples of pink power!

As always, thanks for all the votes and comments! Your continued support of both my lists and cancer research is always appreciated!!

TrekMedic
Posted: 1 month ago at Apr 17 7:23
Easter blessings to you and your family! 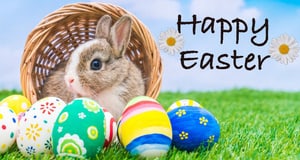 TrekMedic
Posted: 1 month, 1 week ago at Apr 6 21:44
Instead of focusing on celebrities who slap each other, how about focusing on this one?

TrekMedic
Posted: 2 months, 1 week ago at Mar 10 19:50
With the price of fuel going through the roof, why not take a virtual tour instead?

TrekMedic
Posted: 2 months, 3 weeks ago at Feb 26 2:12
Cleaning out the latest episodes of these series, so I can start working on new stuff: 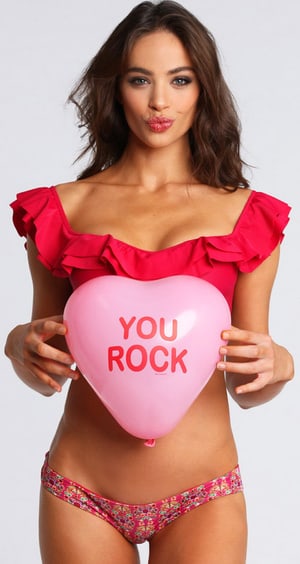 Don't break my heart, this year show these little bits from that Valentine's box of chocolates a little loving!
www.listal.com/list/the-vintage-valentine

As always, thanks for all the vote and comments and for your continued support during my recent forced absence! It is ALWAYS appreciated!! 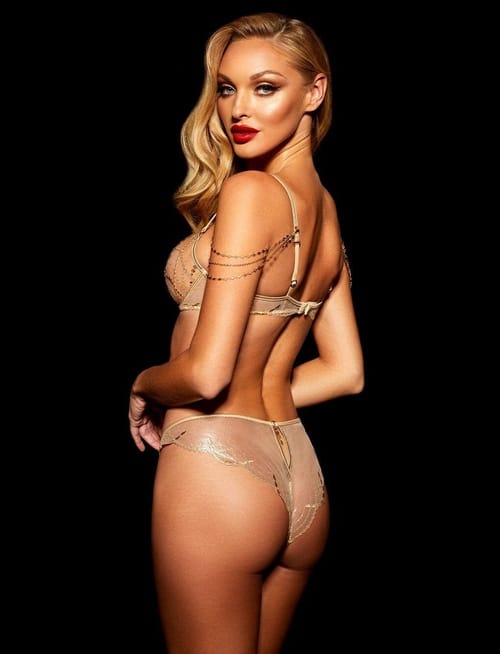 View all of Henny's friends


the multilateral motionpicture of interpersonal relations, the inhabitants of one Silesian tenement house, where Polish, Silesian and German relations collide, inter-war and post-war sadness, Nazism and a feeling of Stalinism collide, and sex-appeal with passion without cover.the film is an æsthetic tinsel, a treat, but probably not the Happiness to which we'll be coming back for years. Still appreciating the director's ambitions and their effect.

Karolina Gruszka played Rose and it's difficult to take your eyes off the character. Purely external beauty would not do the whole thing, but Rose radiates a strange kinogenic glow, a kind of internal light, which is innocence itself, carefree, pure charm. Alluring, perfumed, in a satin dressing gown, with a glass of wine in her hand she teaches residents of the tenement house how to dance. she gives them a smile, she is not demoralized at all, only beautiful. Beautiful, mysterious and wise.
When asked by a Gestapo officer about her profession, she answers without hesitation: "I am the happiness of the world." (Szczęście świata)

"Szczęście świata" gives viewers a rare kind of relaxation from ready-made theses or documentary things..A separate island of pleasure in Polish cinema. Imperfect, but unique in its own way.


in a country known for its strong family values and Catholicism comes the debut feature of Bartosz M Kowalski who slowly constructs a story so doom-laden and harrowing it will stay for a very long time. It brings to mind the tragedy of toddler Jamie Bulger who disappeared from a Liverpool shopping centre in 1993, never to be seen again.

Bartosz M. Kowalski ’s minimal approach to his co-scripted subject matter is laudable as he explores, in a rather ominous tone, the early days of summer for a couple of pubescent boys as they kick over the traces of boyhood in the final term at junior school. Impressively performed , this thriller throws up a number of question marks about the future of underprivileged teens in Poland who have clearly not benefited from the spoils of EU enrichment, whilst growing up untrammeled by the stern regime of the communist years, of which their parents still bear the legacy from their own upbringing. This regime inculcated discipline, commitment and obedience to their elders. And although the privations are still present, these youngsters are from the internet generation which allowed them to access brutal material and resulted in a dumbed down and casual attitude to violence and pornography before their own moral compass has had a chance to be set sane and healthy.


professor Macháček collapses while teaching math and is replaced by a new young teacher Ludolf. The girls in his class don’t like him; their attempts to get rid of him fail until one girl comes up with the idea to lie to the teacher; she tells him that something happened between them when he returned drunk one night from a party. Ludolf is now absolutely terrified, but he's still unwilling to give the girls what they want – good marks for free. Instead, he decides to teach mathematics through music – and succeeds! He's then mobbed by the girls, becomes a star and is swarmed by reporters.


the movie is about Lara on her 60th birthday. and takes place over the course of one long day, and follows Lara as she travels around Berlin and meets various people, leading up to an evening in which her son planned a concert. Her son is a pianist, and so is she, but after raising him to be great, she gave up her own pursuit. But that's subtly hidden .
Corinna Harfouch plays a woman extremely unhappy about her life at this point. She doesn't seem to care much about anyone or anything anymore.


Austria, with its Jews, Germans, Czechs and so on is also infamous for its special dark charme and humour. And a Švejk-like naive butcher finds his way through the times of the Nazi-Reich. The familiar problems show the other side of Nazism and makes the resilient butcher a unique person. The cruelty is evrywhere and the Bockerer still belongs to the normal ones.
He doesn't let the "progressive new system" and the zeitgeist destroy the friendship to his socialist friend and the jewish friend... but his own son is in the Nazi-uniform marches with the SA.
In a tragically funny way shows the film how absurd a lot of the dictature is ... this made the movie a succes in eastern germany... where people also tried to live their normal life underneath the radar of a repressive system


Unlikely Romance is about two girls who are going through a tough life. The movie is based on a true story, which director Vojnár combines with his own story, capturing the lives of two almost adult women. The main characters Luisa and Erika are trying to fulfill their dreams of life success. Luisa wants to become an actress, even though her husband is strongly against it and starts to complicate her life. Erika would like to become a teacher, but she has to earn her degree as a professional cleaner first. The story is told retrospectively, and the viewer enters into it through Louise's stay in a psychiatric hospital. Unlikely Romance is a two-dimensional film. In one, the heroine Louisa, an actress, finds herself in psychiatry after dramatic life circumstances, and during her stay she recounts her memories and experiences, which, the viewer can never be sure they are true. The second part shows in retrospect the relationship between Luise and Erika, who earns money as a cleaning woman in the theater where she plays first.


a short animated twodimensional film in black and white. it is following after the book 55 Sokken / A safe house: Holland 1940-1945 by Maria Jacobs about a mother and daughter who let two Jewish women go into hiding place during the 2. World War. To pass the time, they take out a bedspread and knit 55 socks from it. The mother tries to sell the socks in vain, until a farmer's wife takes them all 55. Because she loves knitting so much.
A little story with the possibility of having your own thoughts ... very impressive with its minimalism.


Emma Boyle, together with her boyfriend Henry, is owning a company: a sandwich delivery service. But just as the business starts, she becomes unintentionally pregnant. She meets the news optimistically - in contrast to Henry, who clears the common account and disappears.

Impoverished and destitute, Emma seeks refuge by her aunt Carolin, who runs a physiotherapeutic practice in Cornwall. Among Carolin's patients is also Emma's childhood friend Marc Romney, who is now successful as a footballer and is about to sign a contract with Liverpool FC. The career raises problems, because Marc is gay. In the rough professional business an absurdity that should not get to the public. Years ago, Marc hired an alibi friend. But she leaves him now. That's why Marc offers Emma to play his new fiancé. It would be a win-win situation for both of them: Marc could continue to hide his homosexuality - even from his father - and Emma's financial future would be guaranteed for years. So Emma agrees to the deal.

But when she falls in love with the successful pianist Charles Miller, all becomes a greater problem for her. To make matters worse, it turns out that Charles and Marc are brothers.

But putting out the truth is not an option for Emma, ​​because that's how she would expose Marc to his father. Now she fears to lose everything: a good friend, a financially secure future and the love of her life.


a disturbing movie about a family losing their daughter to a so-called loverboy. but this aint no love story. it is about mental abuse and dependency, about how fragile a young girl is when first in love with an immigrant from a subculture where it is totally normal to abuse the young girls of the "infidels" ... and the victim has something really deep for the abuser... more than just a stockholm syndrome...